My friend Coco and I recently went to see the movie Tasting Menu compliments of Vendetta Films.

A sweet, light Spanish film about passionate foodies from around the world experiencing the final meal at the world’s best restaurant in Catalonia, Northern Spain before it closed it’s doors. The inspiration for this fictional restaurant is Ferran Adria’s famous (but now closed) Michelin 3-star elBulli which resided on beach in Catalonia. Tasting Menu was unexpectedly funny, wonderfully foodie and the ensemble characters are surprisingly well written for a refreshingly short 85 minutes. There was just enough back story and conflict to hold our interest and I couldn’t help but compare the the converging storylines of the characters to those from the movie Love Actually.

I’ve only delighted in a degustation menu once in my life and while it’s a special occasion type of meal, it’s a long, artful process where you are at the whims of your chef. The dishes in this movie all sounded lovely

The food prep scenes were clearly well researched and consulted, though the grand finale at the end was a disappointing fizzle. I felt they could have described the final dish (a seawater dessert!?)  in more detail as it was so unusual and spontaneous. I’m not going to give away all the magic but let’s just say there was some cute plot development a little love, plenty of comic relief and stunning, stunning Cuisine with a capital C. Maybe this movie would have been better if the ending was filled out a bit. I couldn’t help but feel like I wasn’t quite satiated.

I love how there are several movie posters out there. I guess for the various releases in the world and for mainstream and festival circuits. 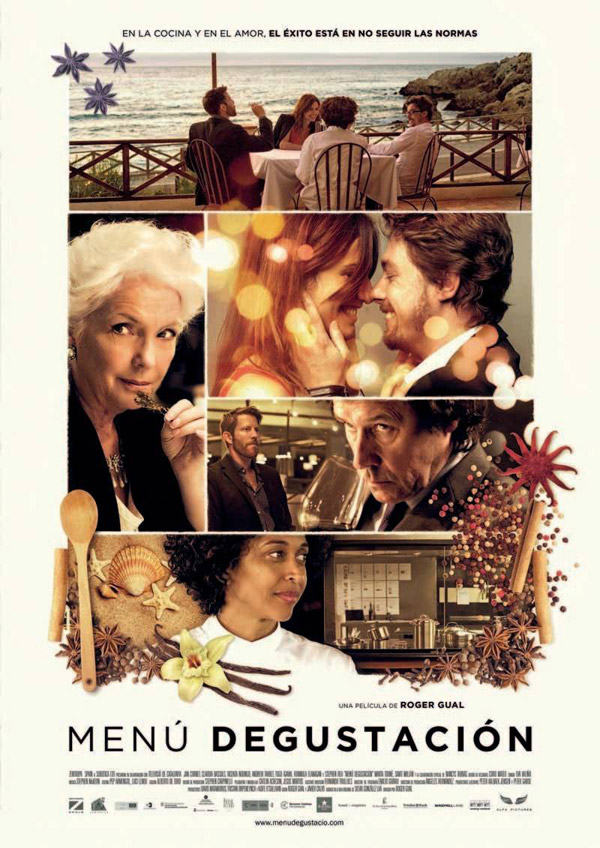 Will this film change your life? Probably not. Will you enjoy it anyway? Yes.