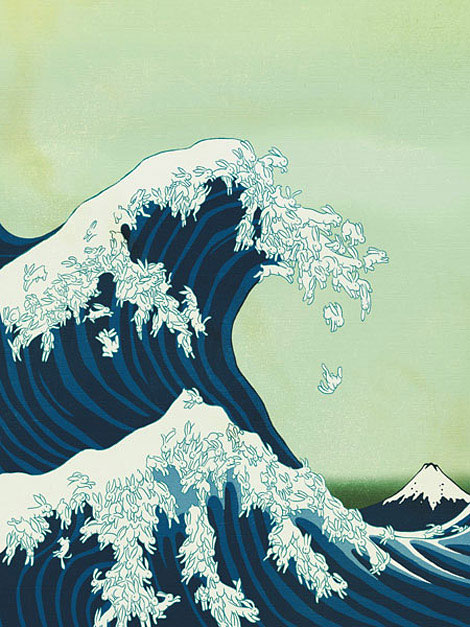 I first stumbled across Kozyndan’s work in 2007 and was mesmerised. Was there really another asian girl/white boy duo out there making bunny art? Really?! When I found out they were having an exhibition right here in Auckland a few weeks later, I was ecstatic! Their opening night at Webb’s gallery was packed. Nice to see digital art getting a foot in the door at more a traditional auction house like Webb’s.

They have just released Uprisings – a rotocast vinly sculpture that can be a bookend or a stand alone sculpture. Based on their bunnyfied version of Hokusai’s famous print “The Great Wave Off Kanagawa”. At only $75, it’s well priced for a fabulous modern piece of bunny art. 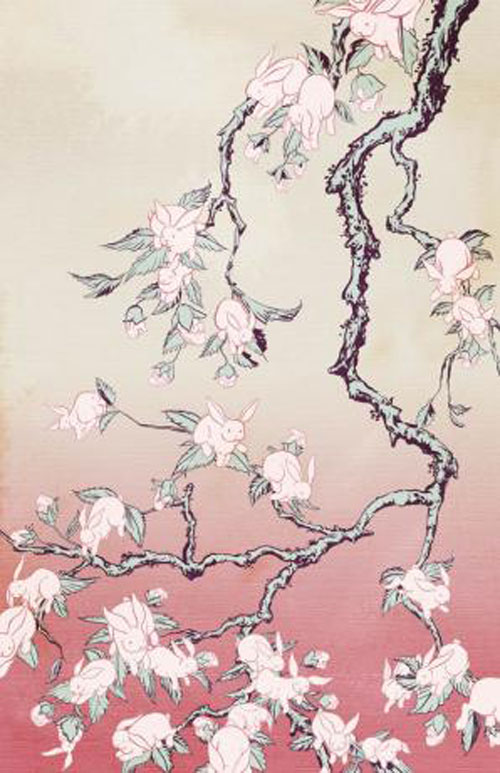