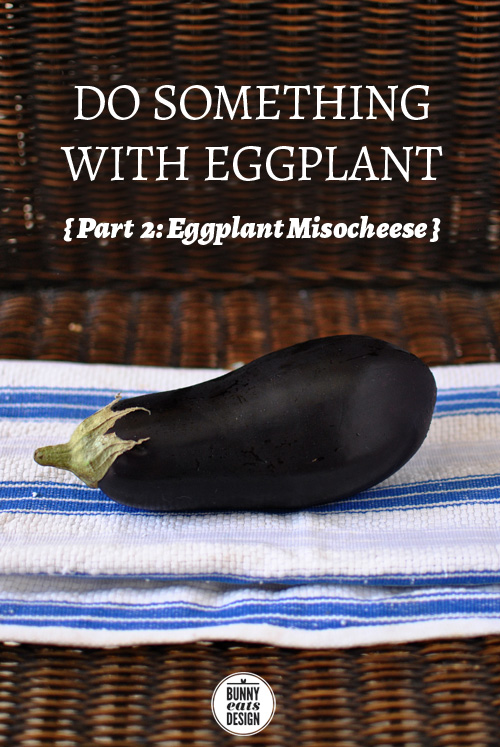 A couple of years ago I tried to conquer my most loathed vegetable: the eggplant. The slimy fruit of nobody, I never thought I could like it.

I grilled it and paired it with orzo salad and we ate it for dinner one night. The Koala left most of his eggplant on his plate. He wasn’t a fan either. I thought I had cooked it correctly but the evidence was clear. Eggplant 1, Genie 0. Your comments told me that I should give eggplant another chance (at some stage). Let’s call that experiment Part 1.

Two years later, I have a different view on eggplant. Let’s call this Part 2.

A few weeks ago, a group of us dined at Nishiki in Freeman’s Bay. I was delagated the pleasure of ordering for all (one of my favourite pastimes). One of Nishiki’s best dishes is the Bei-naso Misocheese (eggplant miso cheese) and I ordered 3 for the table. $9NZ for half an eggplant may seem steep but if you’ve ever tasted it, you’ll agree that it is divine. Savoury, sweet and covered with melted cheese. My favourite way to eat eggplant.

Eggplant is currently in season and a whole eggplant is $2 to $4NZ. Since The Honesty Box delivered an eggplant, I decided to put on my big girl pants and revisit the eggplant. I had to recreate Bei-naso Misocheese at home. Because I am cutting back on sugar, I used honey but you’re more than welcome to substitute sugar. I studied a bunch of recipes for similar eggplant dishes and came up with this beauty which comes very close to Nishiki’s version. I’ve made this a bunch of times over the last 2 weeks, fine tuning the recipe as I go. You can trust me when I say this is awesome. I thought I didn’t  like eggplant, but I love this.

This recipe can easily adapted for more eggplants. I have used large Western style eggplants, but if you are using the more authentic slender Japanese eggplants, you may shorten your cooking time. Though eggplant seems to be one of those things that benefits from overcooking.

* Omit the cheese for a vegan version
** You can substitute with sugar
*** For a party or a pot luck, you could cut eggplant into 5-6 rounds. Think: chocolate log. 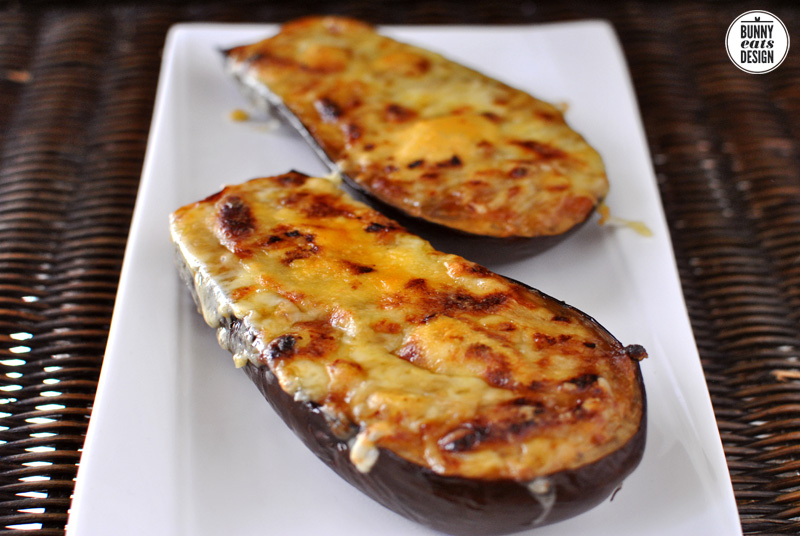 Miso is a healthy umami hit. A source of anti-oxidants, vitamin B12, amino acids, beneficial enzymes, protein and tryptophan, miso is also alkalizing, anti-cancer, good for the heart and protects from radiation.

The miso I have used is by Urban Hippie and is the only miso made here in New Zealand. It is MSG free, GMO free and naturally gluten free. Miso is often used in place of salt in Japanese cooking, as I have done here. I bought it at Little Bird Organics in Ponsonby. You can find a list of stockists here or buy online.

Unlike some other miso I have tried, this is not salty which makes it nice addition to many dishes. The only gripe I have with this product is that it comes in a bag, while their other products come in a jar or bottle. A jar would be great as a bag is quite impractical. I’m pretty sure no one really uses the whole bag in one go.

I am no longer scared of eggplant. Eggplant 1, Genie 1. Maybe eggplant also wins this post.