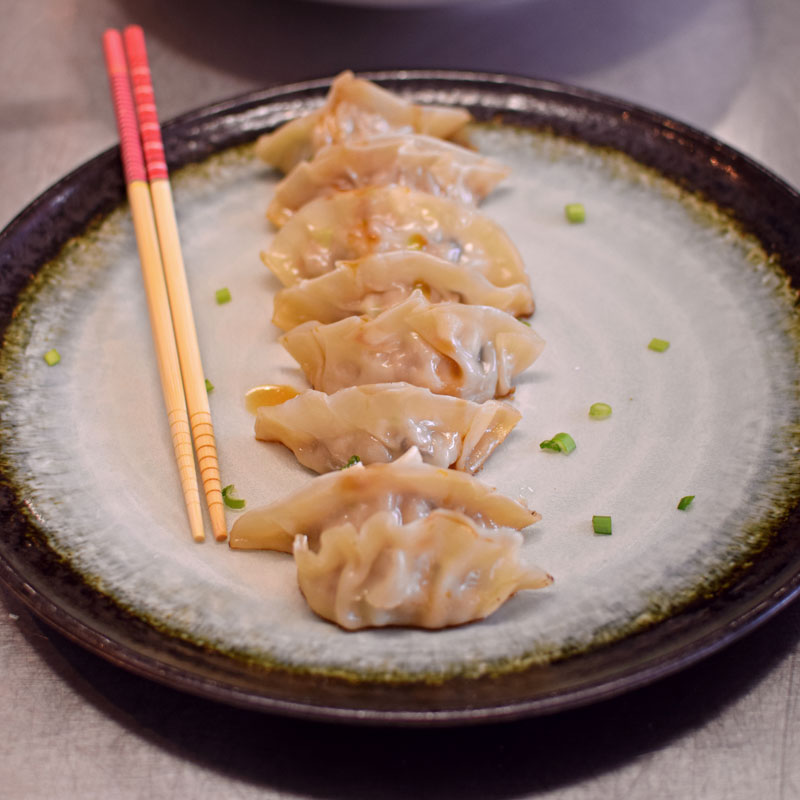 Last month, on a glorious Sunday morning, down near La Cigale French Markets in Parnell, a group of bloggers gathered. This was to be my second #brunchclub event and we were here at Sachie’s Kitchen to make and eat dumplings. 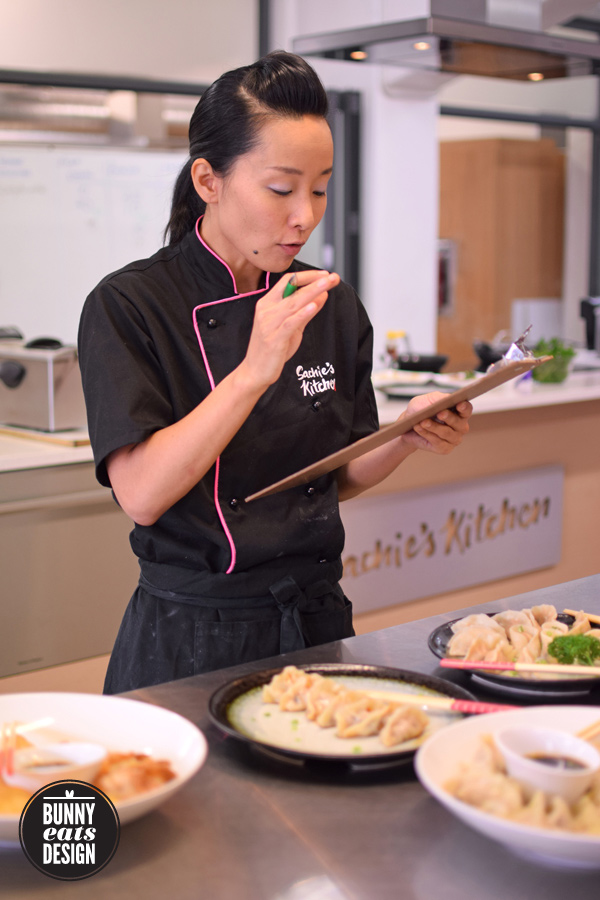 Sachie Nomura is well known in the NZ foodie circuit for her TV appearances, books and her cooking demonstrations at various events around NZ. She makes Japanese cooking at home easy and accessible. Sachie’s Kitchen offers Asian cuisines including Japanese, Malaysia, Vietnamese, Thai and Indian classes. 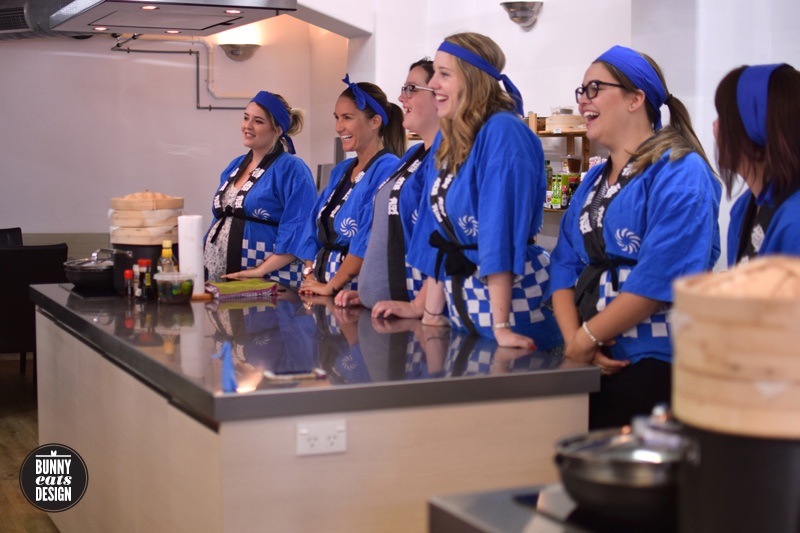 We were guests of Contiki, a travel company founded in the ’60s by an intrepid and enterprising New Zealander. Contiki focuses on tours for ages 18-35 and their latest itinerary is a 13 day exploration of Japan. What better way to celebrate than with dumplings? 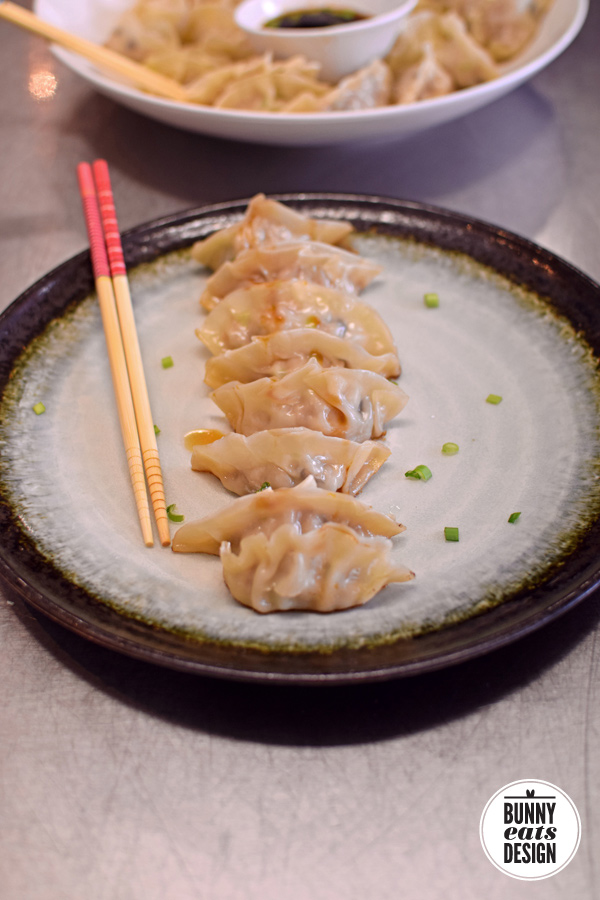 Sachie and her team were friendly and put us at ease (while allowing us to get strangely competitive). I loved the team building competitiveness of the class, it was a good way to get to know some new faces. Contiki staff were there to represent too and joined us in our teams. 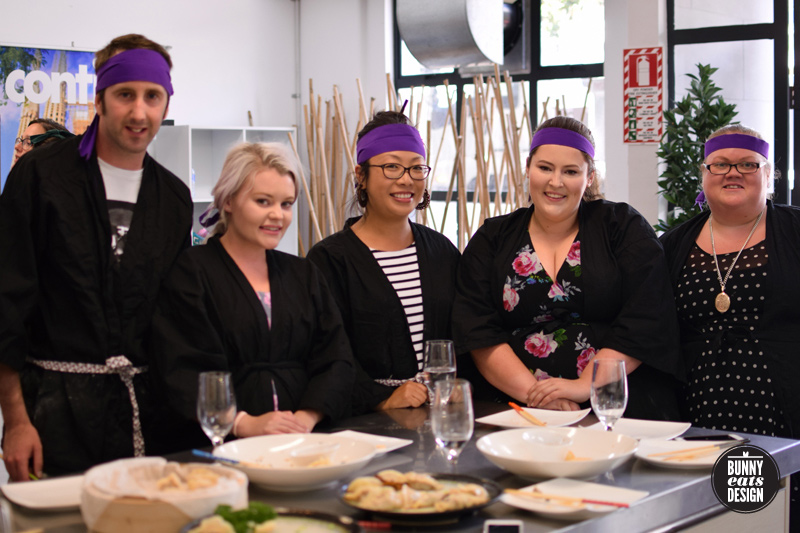 I’m no rookie when it comes to dumplings but Sachie shared a few tips that I’d yet to come across. One was to salt and squeeze the excess water from your filling ingredients (particularly the greens). This ensures the dumplings stay nice and plump as the water has already been squeezed out, rather than filling the dumpling up while cooking. 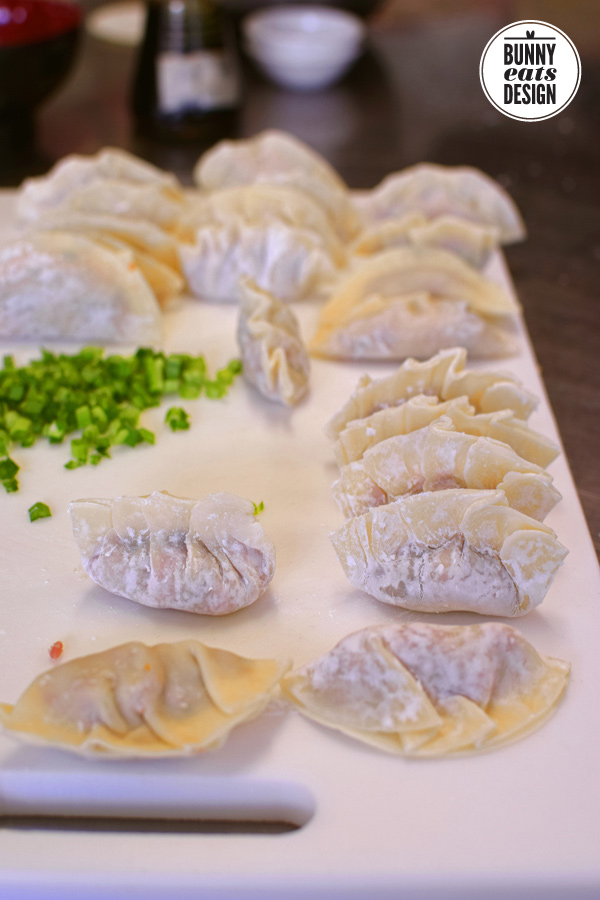 We made a range of dumplings including pan fried pork, steamed shrimp and deep fried cheese dumplings. The gluten free and vegetarian team made even more varieties. 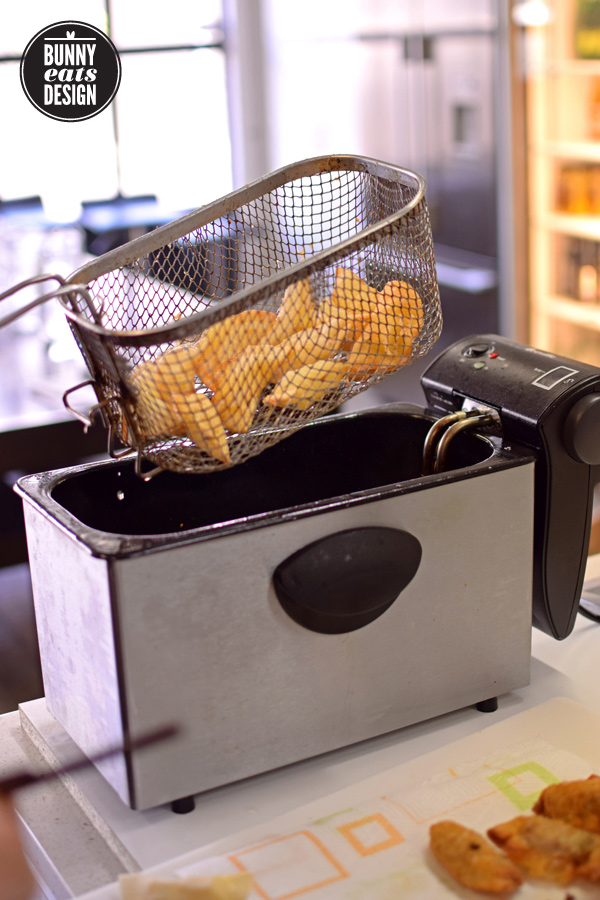 My favourite was probably the deep fried cheese dumpling. The harvarti was so delicious, it was lucky we didn’t make too many of these because we gobbled up every single one of them as it was. 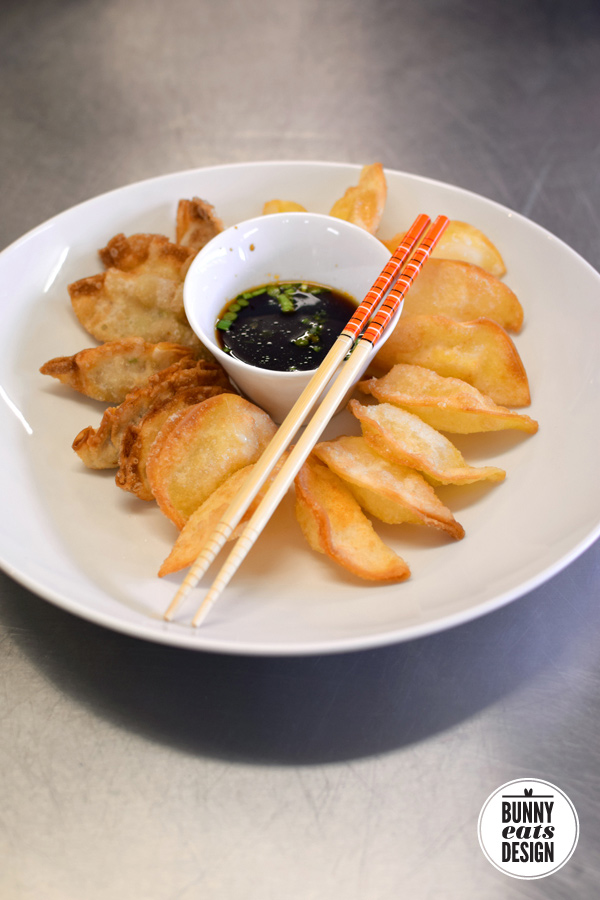 Even though we had a couple of food bloggers in our team and even though I’ve made dumplings more times than I can remember, our team didn’t win. But that was OK, when you can eat your fill of dumplings, everyone is a winner on the day. 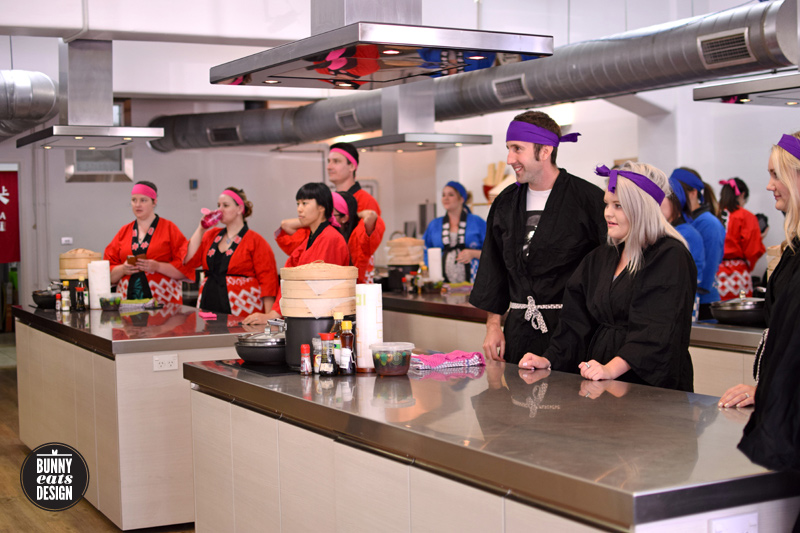 I had made the gluttonous mistake of eating too much (Gözleme, pork banh mi, cronut) at La Cigale French Markets before I arrived but nothing could keep me from devouring my share dumplings.

Afterwards, we sat and listened to the fascinating and amusing history of Contiki, the countries they operate in and the types of tours they offer . How much did it make me want to travel? Heaps much. Everything I’ve been doing lately has been pulling at my wanderlust strings. Until I get overseas again, at least I can eat a little bit of every country I’m wanderlusting after.

A big thank you to Sachie’s Kitchen and to Contiki for this great event. 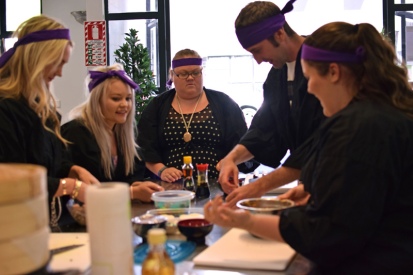 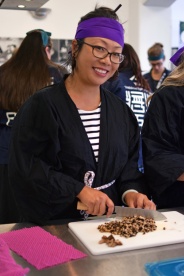 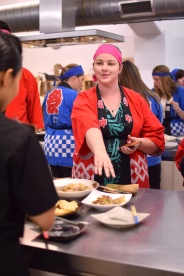 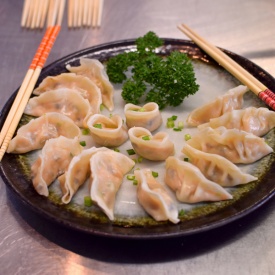 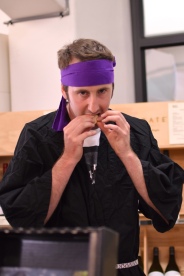 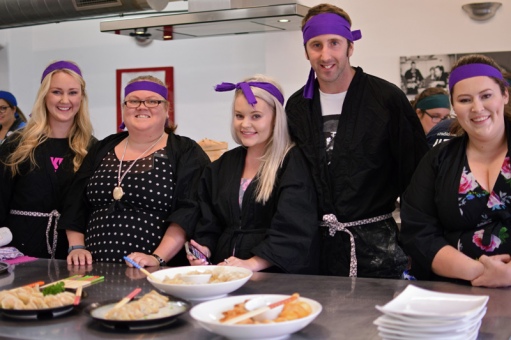 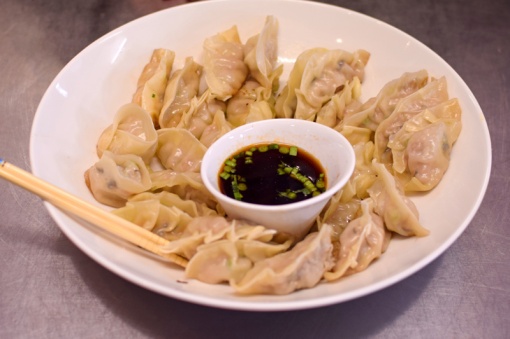 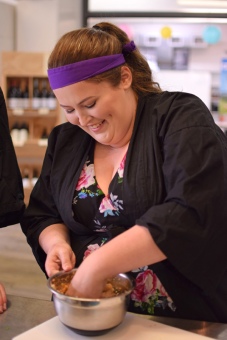 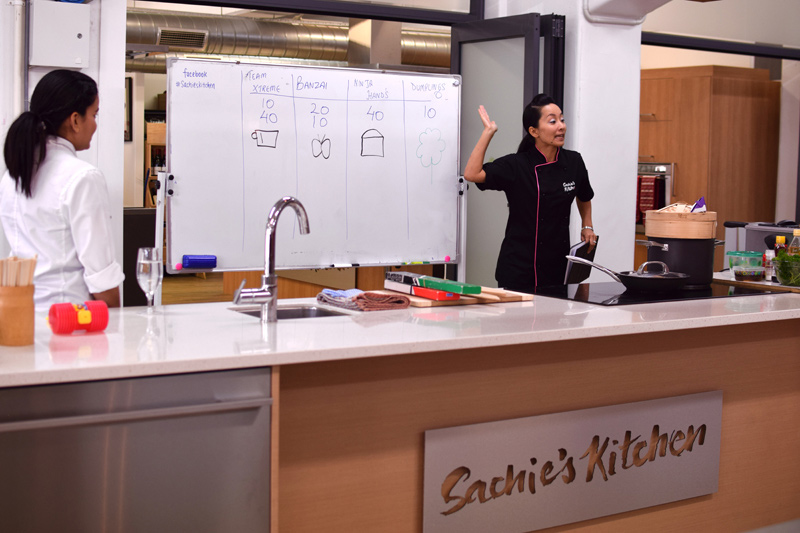 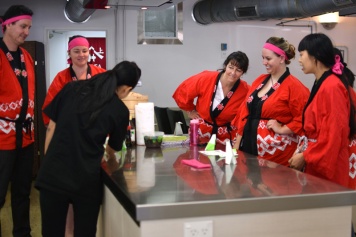 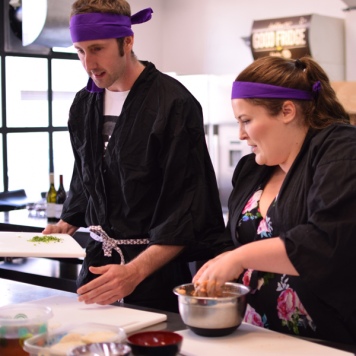 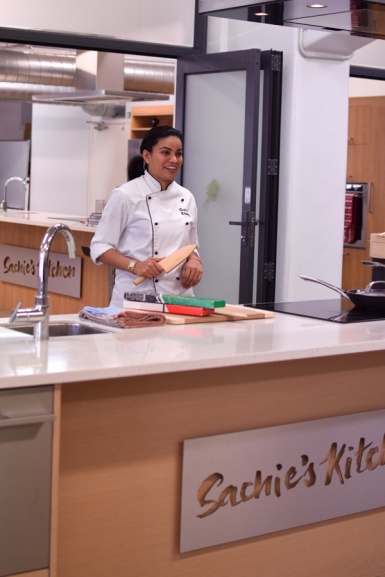 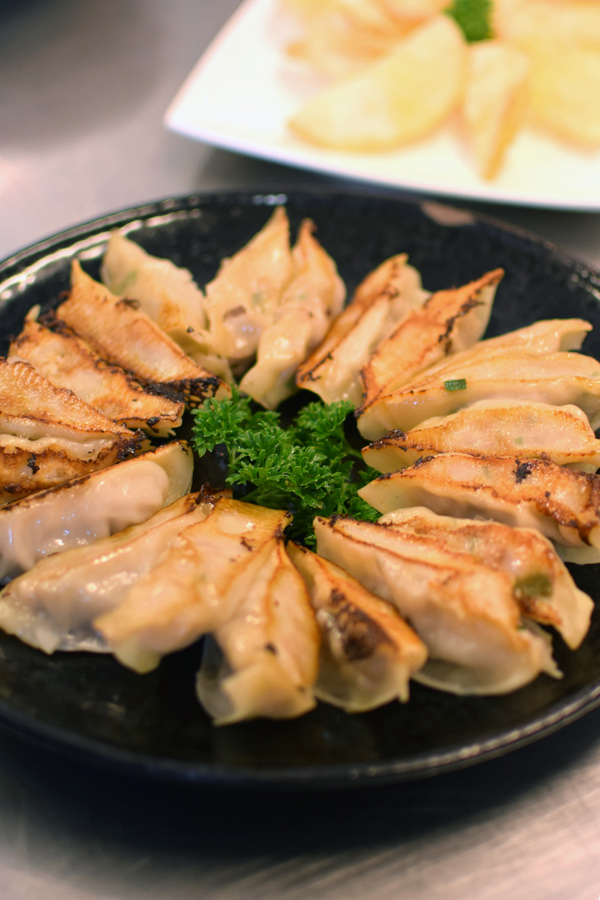