Flappie the bunny gets a Christmas surprise. A Dutch commercial.

The beginning of the video looks grim but it has a happy ending!

The song describes Youp’s remembering Christmas morning of 1961…He looked in his rabbit cage, only to find that his pet rabbit Flappie was missing. He went to his mother to ask for help looking for the rabbit, and his mother told him that he’d have to wait for his father, who was busy in the shed. However, if Youp goes off to play, he’ll get a treat later.

Youp feels incredibly guilty about his pet rabbit – he could have sworn that he locked the gate, and now his thoughts were that his poor rabbit had frozen overnight in the snow. His father eventually comes to help look for Flappie in the woods and by the lake, but there’s no sign of the rabbit.

During the meal on that fateful Christmas Day, Youp sings that his thoughts were still on his rabbit, and he didn’t care about the food in front of him. When the main dish came out, his father announced “There’s Flappie” – Youp’s father had slaughtered Flappie and served the rabbit as the main course of Christmas dinner. Youp then storms off to bed, angrily proclaiming that Flappie was his pet.

At the end of the song, Youp sings about Boxing day of 1961, which his mother still remembers. His father’s bed was empty, and he told his mother not to go into the shed, but that if she went off to play she would get a treat later.

What a horrific story! I’m glad the commercial isn’t based on the song. 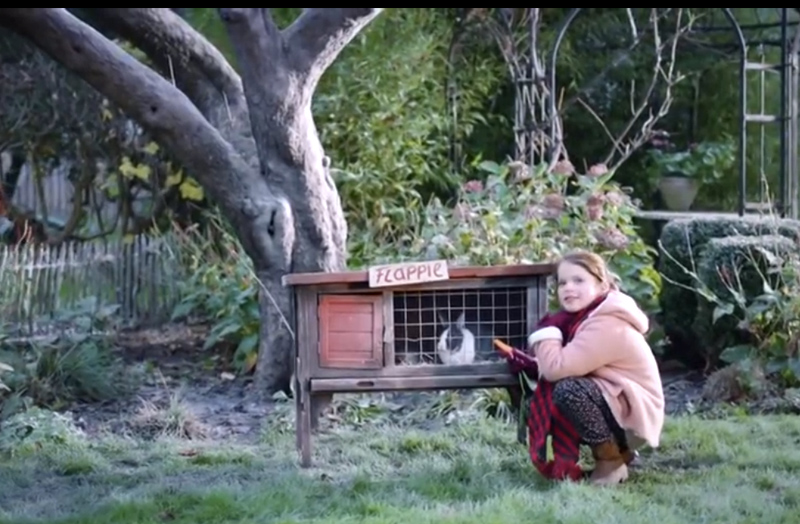