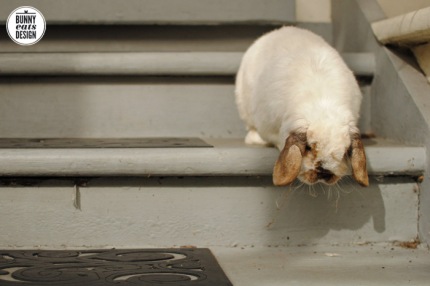 Tofu the bunny has free reign of our backyard, but the front yard isn’t fenced and is relatively unchartered territory. He has escaped on few occasions, but not since he became blind.

I let Tofu roam on his own while keeping a close eye on him.

He had a sniff and a nibble around the front steps but decided on his own that he wouldn’t make a run for it and ended up taking himself back inside.