From my father, I inherited a fierce love for fresh oysters.

If there was ever a moment I didn’t love raw oysters, I don’t remember it. As a kid, I ate my weight in oysters and any buffet worth visiting had fresh oysters in it’s offerings. Those in our family who loved them would eat a plate piled high. As a young adult, I once (or twice) turned up to family gatherings armed with several dozen shucked oysters on a polystyrene box, knowing they would go down a treat. 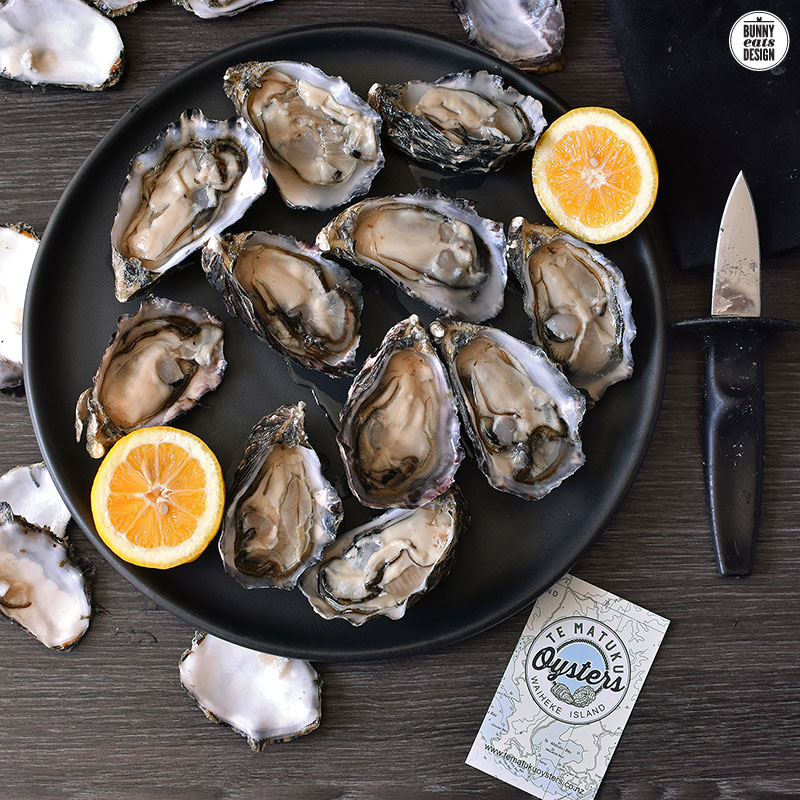 Oysters are cheaper and fresher if you shuck them yourself but I’d never shucked oysters before. I vaguely remember my uncle wrestling with oysters but that didn’t interest me as a kid – I just wanted to eat them. In anticipation of the Te Matuku Oyster Festival on Waiheke this Saturday, I had the opportunity to shuck and cook up some plump Waiheke oysters. I’m no pro yet, so I won’t be sharing any shucking tips but I watched a bunch of Youtube videos (including this video and this video) and got stuck in.

(Thanks to The Koala for these photos)

I love raw oysters, but if you prefer cooked, this one is for you. I’ve combined and collaborated with two beloved Waiheke names: Jenny’s Tamarind Chutney and Te Matuku Oysters to make Oysters Tamarind Kilpatrick. 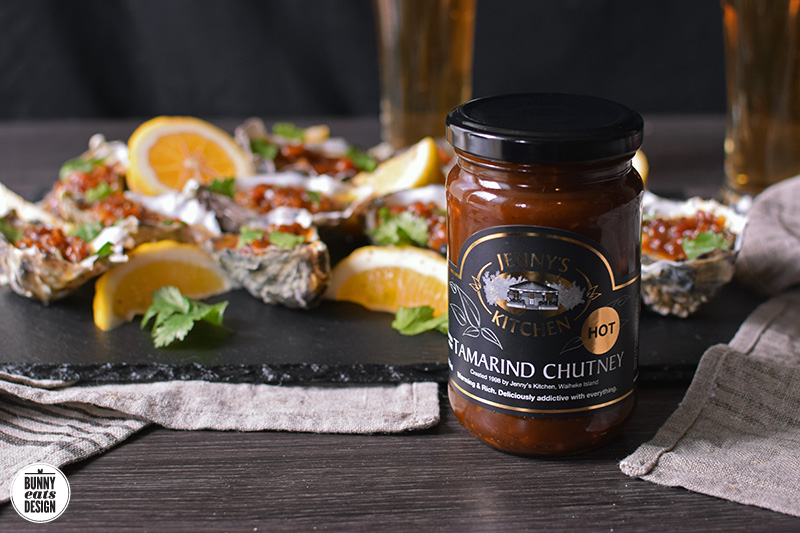 Jenny’s Tamarind Chutney recently won People’s Choice at the NZ Food Awards so if you haven’t tried it already, I suggest you hustle to your closest retailer for a jar or two.

This recipe has been taste tested by a panel of two hungry men who pronounced these delicious. I’ve suggested 12 oysters to feed 2-4 people as a starter but this really depends on your appetites. This recipe can easily be doubled or tripled depending on your requirements. I have no trouble putting away a dozen on my own so no judgement from me if you want more oysters to feed less people, but any less than 3 oysters each is probably going to star a war. You have been warned. 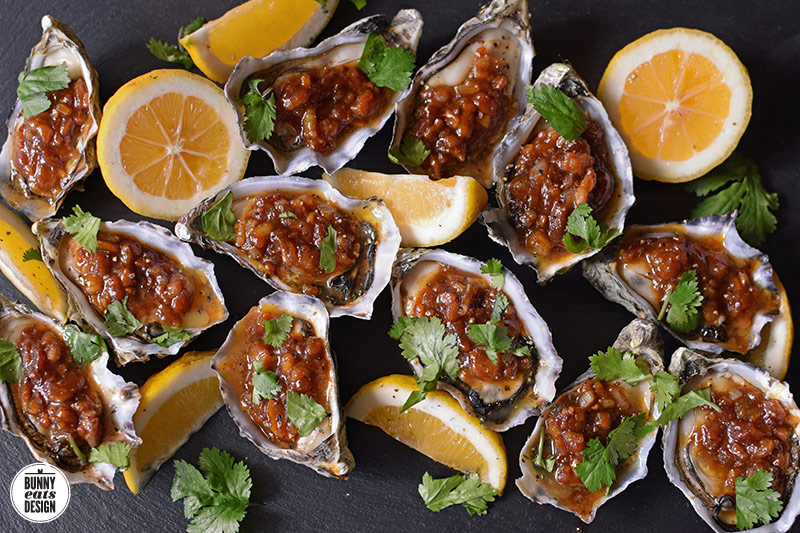 This post was made possible by the good folks at Jenny’s Tamarind Chutney and Te Matuku Oysters, though all opinions are my own.

This post is part of Our Growing Edge, a monthly blogging event to encourage bloggers to try new food related things.

This month’s host is Alicia from Alicia’s Bits n Bobs.

If you have a blog and you are eating or cooking something new this month, click below to join. More information here.